Finding Inspiration and Motivation in the Outdoors


During the spring and summer of 2015, I was just beginning my experience in the field of outdoor education. I had spent nearly two years of job searching, where I had intentions of becoming a high school history teacher. However, after two years of substitute teaching and working in other positions that weren’t really leading anywhere, I decided it was time for something different. That April, I accepted a seasonal position teaching outdoor education in the Rocky Mountains of Colorado. It was here that I learned many of the skills and topics that led me to where I’m at today, but what truly motivated and inspired me was the beauty of the mountains. 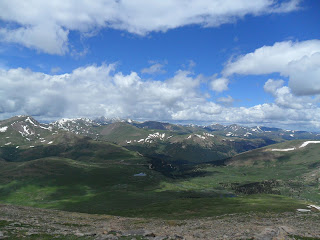 Surrounded by people that were close to my age that had the same interests as me, we made it a point to spend our days off exploring the surrounding areas. I remember within a few days after arriving, I took my kayak to a nearby lake surrounded by mountains. I quickly realized how quick mountain weather can change when I had to hurry and get off the lake when a hail storm came in. A few days later, we hiked near the Town of Grand Lake. The trail opened up into a large meadow with streams running through it, near the base of Shadow Mountain. Other hikes included an early morning trip up a mountain after a fresh snow, several days in Rocky Mountain National Park hiking to places like Emerald Lake, and spending an evening at a campfire on the top of a lonely mountain. 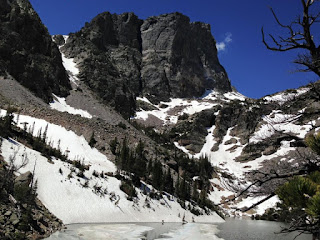 One of my favorite moments came as I was traveling back from Longmont after visiting family. It was late at night when I stopped at the parking lot on the top of Trail Ridge Road. I was surprised to see how many other people were there, but soon realized what was happening. It was around the middle of August and the Perseid meteor shower was at its peak. I stood outside for nearly an hour, watching the dozens of long, bright meteors shoot across the sky. It was an amazing experience that I’ll never forget. 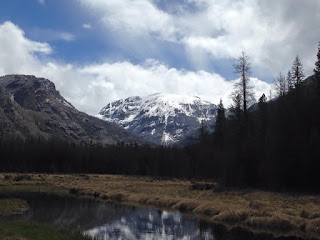 I’m sure other people have similar experiences where they’ve found inspiration and motivation in the natural beauty that surrounds them. Before I moved to Colorado, I was tired, bored, and mentally exhausted after being stuck working in jobs that I didn’t feel were meaningful or leading me anywhere. For me, exploring the beauty of the Rocky Mountains changed my outlook and attitude and began my career in outdoor education. It’s difficult to explain a personal connection you feel to experiences like listening to an elk bugle, taking in the view after you’ve climbed your first fourteener, or standing 1,000 feet above a canyon on the Royal Gorge Bridge. The outdoors offers countless experiences that can motivate and inspire you.