With excess amounts of time on our hands, I have heard from a lot of people that they are trying new recipes in the kitchen.  My sister learned how to make homemade frappuccinos, I have tried my hand at East African chapattis, but my challenge to you today is Dutch oven cooking. 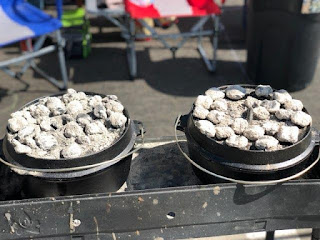 First off, what is a Dutch oven? A Dutch oven is basically a deep-dish cast iron or enamel pot with an accompanying lid.  There are a lot of ways to cook when camping.  Grilling over the campfire or boiling in a pot of water on a stove are common, but Dutch ovens are ideally suited for recipes that require baking.  When you set up a Dutch oven to bake, you generally pile a specific number of coals both below the pot and on top of the lid.  This allows the iron to absorb the heat from the coals and then slowly release this heat into the oven inside creating the perfect baking environment. 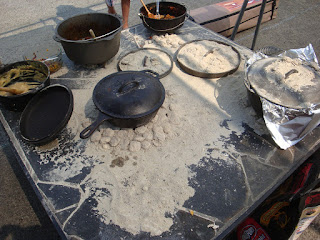 So now that you know what a Dutch oven is, let’s get ready for baking.  If you have an outside location where you can heat your Dutch oven like a fire pit or a bar-b-que and you have a ready supply of charcoal, perfect.  You are set!  If not, you can always use your Dutch oven in your regular oven at the temperature stated in the recipe.  Your Dutch oven itself might also require some preparation.  If you have never used your Dutch oven before you will need to season it.  This means scrubbing it down with a plastic scrubber to remove the wax layer from production, coating it with shortening, and then heating it in the oven for 30 minutes at 400 degrees.  If your oven is rusty from neglect, you can also use an SOS pad before seasoning.  After it is seasoned, you are ready to go.

Now, you will need a recipe.  There are many sites on the internet for Dutch oven recipes.  They are a great place to start because they will probably give you some tips that I do not provide here.  I did a quick search and both 50campfires and trekkn.co Dutch oven recipes made my mouth water.  I recommend trying your hand at pizza, cinnamon rolls, a casserole, or a dessert like a fruit cobble because that is where the Dutch oven shines and where you will win over your family this week and your friends later on this summer.  You may want to try a soup or stew eventually, but there is nothing novel about that since you could just as easily cook them on a camp stove.  Use a Dutch oven for what only it can accomplish.

Once you are familiar with Dutch oven cooking you can start experimenting by using recipes from your general cook book or by creating new dishes that are completely your own.
To figure out how many coals you should use, use the following calculation.  Take the diameter of your oven, say 10 inch, and multiply it by two.  This gives you the amount of coals to reach 350 degrees.  A 10 inch would be 20, a 12 inch would be 24, and a 14 inch would be 28. After you get the coals started, you will place 10 coals on the bottom and the additional coals on the top.  To raise the temperature above 350 degrees, add additional coals to the top of the lid.  Each coal raises the temperature approximately 20 degrees.   To maintain this temperature be conscious of the size of your coals.  They will need to be replaced when they are smaller than the size of a quarter.

Bake and most importantly eat!  I think that you can figure out these steps without my help.
Last but not least, don’t let your food coma set in before you clean your oven.  This is an art which most people who use cast iron take very seriously.  Never use soap to clean your oven and don’t use anything metal, just really hot water and a plastic scrubber. After it is clean, you will need to store your oven with something between the lid and the pot to maintain airflow.  This will prevent the oven from becoming rancid. 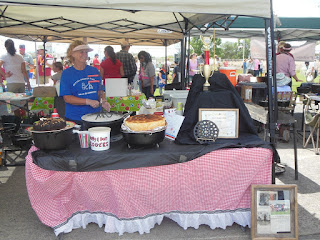 We at Nevada Outdoor School host an annual Dutch Oven Cook Off in Winnemucca each September where people like you show off their skills on the Dutch oven.  There are both youth and adult categories ranging from one to multiple dish competitions.  It is a great event and I challenge you to participate this year with your newly mastered skills.

Have fun baking, and remember the best way to keep your oven working well is to keep using it.
Posted by Jive at 8:59 AM No comments:


Today, we are going to be taking a look at the life and accomplishments of Sacagawea. Most people recognize Sacagawea as the young Native American woman who accompanied the Lewis and Clark expedition as they made their way west, but what was her exact role?
Sacagawea was from the Shoshone Tribe and was born around 1788. Little is known about her early life, but she was kidnapped by Mandan Indians when she was around 12 years old and taken to their village, located in what is now North Dakota. When she was around 13 years old, she married a French-Canadian trapper named Toussaint Charbonneau. Sacagawea was actually his second wife.

In 1804, when the Lewis and Clark expedition was wintered at Fort Mandan, they agreed to hire Charbonneau and Sacagawea as interpreters, as Charbonneau spoke Mandan and Sacagawea spoke Shoshone. Sacagawea also gave birth to a son, Jean Baptiste that winter, who she would carry with her throughout the entire expedition. As the expedition left Fort Mandan in the spring, Sacagawea would prove to be an invaluable member of the party. While Charbonneau did provide a role as a translator and cook for the expedition, he was generally disliked by several members of the party. In several instances, he proved to be cowardly and lazy, nearly capsizing a boat that held valuable items of the expedition, as well as his unwillingness to perform guard duties and perform manual labor.

The presence of a Native American woman and her baby helped give the expedition a non-threatening presence to the various tribes that were encountered on their journey west. Helping the expedition establish positive relations with these various tribes was perhaps her greatest benefit. Sacagawea was around 16 years old when she joined the expedition, and to carry an infant the entire way (and back) is an amazing feat. She also recognized several landmarks that helped the expedition choose optimal routes on their way to the Pacific Ocean.

After the expedition, William Clark provided an education at the St. Louis Academy for Sacagawea’s son, Jean Baptiste, who she had carried throughout the journey (Clark would later adopt Jean Baptiste). Little is known about her life after the expedition. Some accounts state that Sacagawea died from a fever at 25 years old. Some Native American accounts believe that she lived to be in her 90s.