As we enter the month of February, we will start to notice longer periods of daylight and shorter periods of darkness. This is because the northern half of the earth, known as the northern hemisphere, will tilt more towards the sun. With longer sunnier days ahead of us, the earth will begin to warm. The icebound land will begin to thaw, allowing water to resume its flow, and sprigs of grass will start poking through the receding snowpack.

Plants and hibernating animals like marmots, skunks, and bats will rouse from their long winter naps and humans will watch the world reawaken. These seasonal changes in day length will also trigger important physiological and behavioral changes that will prepare plants and animals for survival and mating. How, though, will longer days trigger these changes?

Day length varies throughout the year, but occurs in predictable cycles like clockwork. As it increases, it will send biochemical messages to plants and animals through their cellular proteins. This will kick-start their metabolisms and tell their bodies to start making ‘the stuff of life.’ For example, longer days will signal plants to start making pollen and mammals to start releasing pheromones (chemical substances that will trigger social responses in other organisms) into the environment. 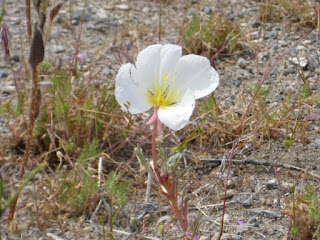 These biological changes that occur in plants and animals each year in response to these changes in day length are called circannual rhythms. Circannual rhythms evolved over millions of years. They are highly adaptive and help keep plants and animals on Mother Nature’s tight schedule; priming their bodies so that they will be ready to seek out sweethearts by the time they leave their dens.

Yes, love may stink, but it is in the air! So, as you prepare for Valentine’s Day with your cards, flowers, and boxes of chocolate remember that nature is waking up to the realities of mating. Be aware as you get outside and explore that you may smell fragrances you don’t like, but that they are instrumental for the survival of other species.