What do you do with Doo-Doo?!?


We’ve all been there, hiking along, taking in the scenery, when you feel that un-settling squish underneath your hiking boot.  You hope that you just stepped in mud, but when you look down, your worst fear has come true… you stepped in dog poop. You curse the irresponsible dog owner who didn’t pick up after their pet, and wonder why they even needed to bring their dog on the trail with them in the first place. 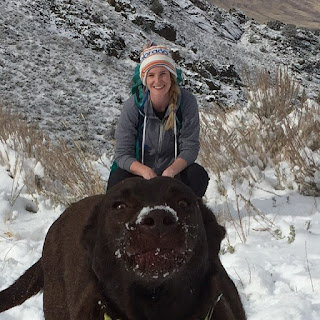 I grew up in the foothills of Colorado, and it was there that my love for the outdoors, and dogs, grew.  Over the Thanksgiving holiday, I traveled back to Colorado to spend time with my family, and also hit up some of my old favorite hiking spots.  Can you imagine my surprise when I discovered that many of the trails I grew up hiking on with my trusty pal, Rufus, no longer allowed dogs!?  How could this be? Did the state of Colorado just randomly start hating on dogs!? I took my issue to Google, and what I discovered was … disappointing. Due to pet owners’ consistent disregard for local regulations, including not cleaning up after their pet, many Colorado parks made the tough decision to deny trail access to our four legged friends.  Even one off leash dog park was forced to permanently close due to what they believed to be an excess of 500 pounds of dog feces. Not only is it un-pleasant to see and smell dog poop on the trail, but leaving feces on the trail can have serious environmental and ecological repercussions on the land, which is ultimately why these parks had to close or restrict access.

So, dog lovers, how do we prevent these closures from happening? PICK UP AFTER YOUR PET! And I’m not just talking about putting it in a plastic bag and leaving it on the trail for the poop fairy to collect, I mean pick it up and throw it in the next trash can that you see.  Picking up after your pet is a small price to pay to keep the land, other users, and your four legged pal happy.